Everyman Theatre announces 2023 pantomime that will ruffle some feathers 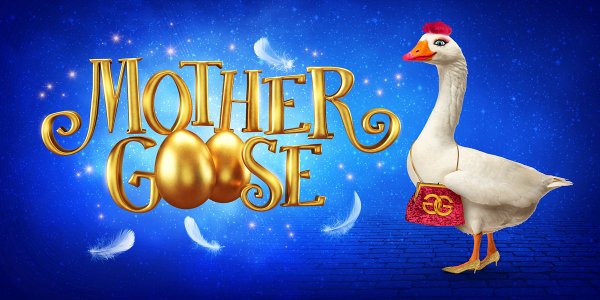 The Everyman Theatre, Cheltenham, has announced the title of its 2023 pantomime, along with the return of a local panto favourite, following the success of its current production, Dick Whittington and His Cat Tweedy, which many are calling the theatre’s ‘biggest and best pantomime to date’.

Next year’s Christmas pantomime will ruffle a few feathers as it portrays the tale of Mother Goose. Audiences will be delighted to hear that the show will once again feature Gloucestershire favourite Tweedy the Clown, who will take on the titular role, having this year played Tweedy the Cat in the tale of Dick Whittington. Further casting will be announced in 2023.

Mother Goose will also see the return of dynamic creative partnership, Sam Holmes and Nick Winston. Together the duo have written and directed the annual Everyman pantomime since 2019’s Cinderella, injecting the signature energy and humour that keep Cheltenham audiences returning to the theatre each Christmas.

David Allen, Head of Marketing at The Everyman Theatre, said “We are overjoyed to announce that our 2023 Christmas pantomime will tell the timeless story of Mother Goose, following the tremendous response to Dick Whittington this year. We are also so excited to have Tweedy back, and tackling a dame role for the first time – which I’m sure audiences will agree will be utterly unmissable.”.

The Everyman’s 2022 pantomime, Dick Whittington and His Cat Tweedy, which tells the tale of Gloucestershire’s hometown hero on his journey to London and beyond, has so far played to packed-out audiences since November, with performances continuing until Sunday 8th January. Just a few tickets remain for those who are yet to experience the theatre’s ‘most exciting pantomime adventure ever’.

It's not just ticket sales that measure the level of success of this year’s pantomime however, as The Everyman Theatre continues to raise funds for its selected charity partners, Scrubditch Care Farm and St James City Farm Gloucester. Not only have the pantomime cast members been collecting donations in the theatre foyer after performances, but the Everyman team also conducted a challenging sponsored walk last year, following in the footsteps of Dick Whittington’s journey from his birthplace of Pauntley Court to (Little) London.

Mark Goucher, Everyman Theatre CEO, has said “We are so pleased with our fundraising efforts to support our 2022 pantomime charity partners, and are delighted to announce that we are closing in on our £20,000 target with one week of pantomime performances still to go. We look forward to sharing this money amongst our charities to support their work with vulnerable children and adults across the county. Thank you to everybody who has donated so far.”

Dick Whittington and His Cat Tweedy will run until Sunday 8th January, with the last few remaining tickets available via The Everyman website https://www.everymantheatre.org.uk/shows/dick-whittington-and-his-cat-tweedy/ or by calling 01242 572573.

Tickets for popular performances of Mother Goose in 2023 have now gone on sale, with more dates to be added, which can be purchased here: https://www.everymantheatre.org.uk/shows/mother-goose/