Nine unmissable events coming up at The Everyman Theatre 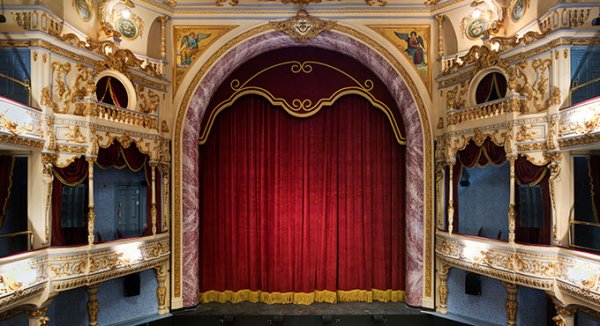 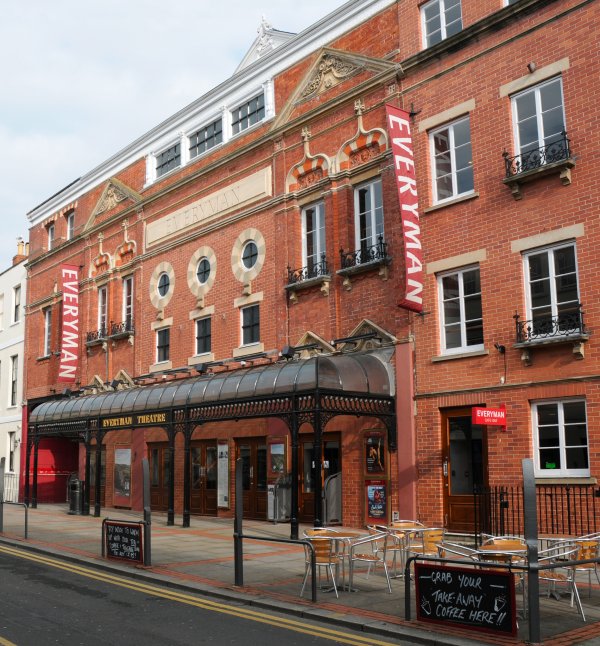 Nine unmissable events coming up at The Everyman Theatre

The Everyman Theatre, Gloucestershire’s premiere entertainment venue, has just announced its new programme for September 2022 – June 2023 and it’s packed full of unmissable events, from laugh out loud comedies and acclaimed drams to beloved family favourites, and, of course, its ever-popular annual festive panto.

Here are nine of the best shows you won’t want to miss:

Spike is an absurdly funny new play by Ian Hislop and Nick Newman, featuring Bridgerton and Gavin & Stacey star Robert Wilfort, that delves into the inner workings of one of our most unique and brilliantly irreverent comedy minds. Premiering at The Everyman Theatre in Cheltenham before embarking on a nationwide UK tour, there will be a special post-show Q&A with Ian and Nick after the performance on Wednesday 7th September.

A brand new, hilarious adaptation of the classic Ealing Comedy ‘The Lavender Hill Mob’ will also premiere at The Everyman Theatre prior to a national tour. This side-splittingly funny, fast-paced comedy tells the story of Henry Holland, an unassuming bank clerk who dreams of stealing the van full of gold bullion he drives across London each day. Starring Miles Jupp (regularly spotted on BBC’s Mock The Week) and Justin Edwards (BBC’s The Thick Of It).

Gloucestershire’s biggest and most-loved annual festive pantomime returns to the stage of The Everyman Theatre in a dazzling display of family fun from November 2022 through to January 2023. Join Gloucestershire's hometown hero as he ventures to London to seek his fortune with his faithful feline sidekick Tweedy! The perfect treat for the whole family, there will also be a selection of accessible performances, including audio-described and relaxed performances.

Touring for the first time, this wonderful live production of the beloved children’s hit TV show Hey Duggee (CBeebies) is guaranteed to enchant families over half term. This vibrant, interactive production includes all the favourite characters and is bursting with puppets, music and laughter as Duggee helps the squirrels earn their ‘Theatre Badge’!

Prue Leith, judge of Channel 4’s The Great British Bake Off, shares her wonderful and surprising story from growing up in Africa to being a judge on the world’s biggest and most-loved TV baking show. Nothing is off the menu in this frank, revealing and funny one woman show. From the ups and downs of being a successful restaurateur, novelist and businesswoman, to feeding the rich and famous, cooking for Royalty and accidentally poisoning her clients!

This witty and provocative play, written in 1894 and banned for thirty years for being considered ‘immoral and improper’, stars two-time winner of the British Comedy Award for Best Comedy Actress, Caroline Quentin and her daughter Rose (playing Caroline’s daughter in the play too). Take advantage of the special opening night offer of two for one tickets on Tuesday 21st March.

Opera returns to the stage of The Everyman Theatre in 2023 after a three-year absence with not one, but six stunning productions.

The Dnipro Opera from Ukraine present three classic productions with an impressive cast and live orchestra. Puccini’s Madama Butterfly (16th March 2023) is set in Japan at the turn of the last century and tells the beautifully tragic story of a doomed love affair. Aida (17th March 2023) is a gripping love story that will keep you on the edge of your seat until the very end. Carmen (18th March 2023) tells the story of the downfall of a naïve soldier who falls in love with a seductive, free-spirited femme fatale.

English Touring Opera present three great productions encompassing love and war, comedy and epic tragedy. Unusually, each opera will be performed on period instruments. Giulio Cesare (4th May 2023) is a majestic opera retelling the story of Caesar’s relationship with Cleopatra. Lucrezia Borgia (5th May 2023) tells the tragic, compelling story of a complex woman in a dangerous situation. Il Viaggio a Reims (6th May 2023) is set in a provincial hotel where guests from across Europe are stranded en route to a coronation. This opera features lost luggage, intrigue, politics and romance.

Willy Russell’s ever-popular, legendary musical returns to the stage of The Everyman Theatre to tell the captivating and moving tale of twins separated at birth and later reunited following very different upbringings. This critically-acclaimed and highly regarded musical is one you won’t want to miss!

The Way Old Friends Do is a new comedy about devotion, desire and dancing queens, from the actor, writer and producer of BBC’s Sherlock and Doctor Who, Mark Gattiss. Following the story of two old Birmingham school friends who meet again after 30 years to form the world’s first ABBA tribute band – in drag! Simultaneously tender and laugh-out loud funny, this heartfelt story will appeal to anyone who understands how it feels to be a fan.

David Allen, Head of Sales & Marketing at The Everyman Theatre, commented: “Our new season brochure showcasing a jam-packed line up at Gloucestershire’s Everyman Theatre is now live to access via our website. Hop online and be the first to see what’s on offer and grab tickets to unmissable events happening right on your doorstep.”

To find out more about the events coming soon to The Everyman Theatre, or to book tickets, see https://www.everymantheatre.org.uk/