On the run-up to the "British Landscape" exhibition

The “Chroma Collective” is a group of 16 visual storytellers based at the University of Gloucestershire from the third year of Photojournalism and Documentary Photography course. This week we launch our exhibition “The British Landscape” at the Wilson Gallery, in which as photographers we have travelled around the country to create an insight of the visual traces humanity and nature have left behind; more so depths and layers that are fundamentally recognisable in our everyday lives but perhaps go unnoticed.

This exhibition will be held in the Cafe space for a month from the 7th of February, however, let me take you back to two weeks prior: 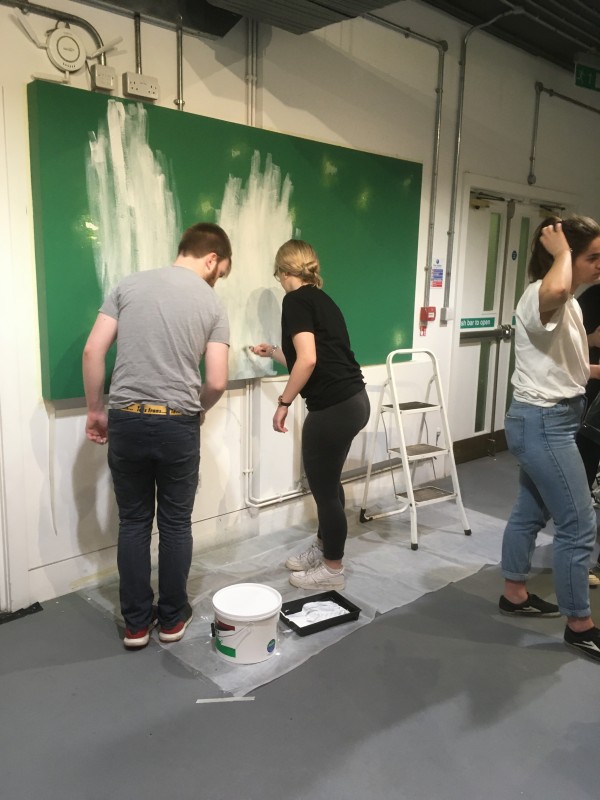 After completing the initial assignments of all kinds of narratives, we spend two solid days in the University outputting large scale prints then framing each piece making sure there is not a speck of dust in sight and with every member having a particular style, considerations on white borders and frame margins all had to be accounted for.

After finally organising every individual’s captions, the curators had spent a whole day chopping mount board, printing and using spray glue to create a small box of text which is vital to adding context to the large images on display. Ellie Allsopp and Jess Williams are responsible for putting the show together and have been keeping a constant line of communication between ourselves, the university and the Wilson Gallery. Once we arrived we were quick to begin sanding, polyfilling and painting the original dark green walls ready to hang frames the next day.

“It was a long day but really good to see the whole team come together” Jess one of the curating duo said.

Williams work focuses on the legacies of slave ownership in Gloucestershire and her A1 print was taken at Sherborne Park which she has chosen not to sell/promote. However, James Elliott Smith’s “Topiary Typologies” is for sale and this looks into the relationship between green and urban space within our landscape around Cheltenham; James intends to use the profit from his print to fundraise for the Freerange exhibition in June.


As a course and collective, we are attempting to take the final year degree show in London to reach a much wider audience and launch our careers; any support would be gratefully received by all here.


Transporting the frames from Hardwick campus to the Wilson Gallery was nearly successful through using our initiatives and bedding to keep them safe, with only one casualty a day before the big night which was Ellie’s print on “desensitized streets”. This work looks in to knife crime in London and the murder locations, she states “without long -term solutions and support within London’s community boroughs, such as decrease in marginalisation, there lies little hope for the bloodshed to cease.” The crack in the glass was created as the frame appeared to be too small, although after some filing this was quickly rectified. 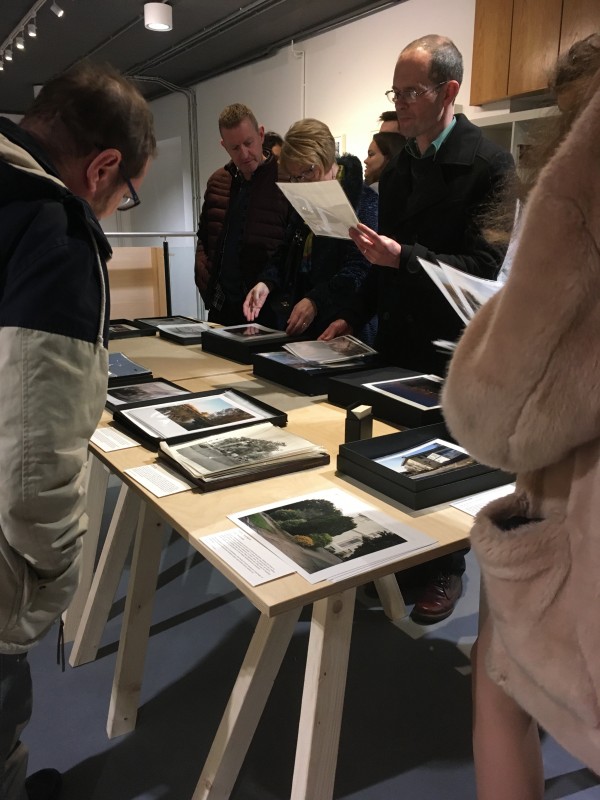 Chroma dressed very smart for the opening night, Ellie and Jess had added finishing touches such as tracing paper leaflets full of information concerning fundraising, such as the auctions being held from the 17th February-9th March selling some top of the range photo books, prints etc. which can be found here.

These were donations from Nick Turpin, Mark Power, Simon Roberts, Ian Weldon, Rankin, Ken Grant etc. in efforts to raise more money for Freerange and reinforce the sense of community in the photography industry further. Back at the Wilson Gallery, tables had been laid out displaying print boxes with individual shots from the same projects and the leader of Photojournalism and Documentary Photography Paul Roberts gave a speech thanking Chroma for their hard work, particularly our curators who received custom flowers and a voucher for the Frog and Fiddle from the rest of the group.

After months of hard work we finally launched a community outreach exhibition organised by ourselves in conjunction with nationally recognised gallery the Wilson in Cheltenham for a month; it would be a shame to miss it!

Click the link below to see more work from the Chroma Collective:

Four new floors house extensive galleries for temporary exhibitions – for international / national touring shows, special highlights from our collections and fun shows for families – space to discover local heroes and archive collections, including the great Edward Wilson (one of Scott's key men on his 1912 expedition to Antarctica), and a new gallery space in which the internationally renowned Arts & Crafts collection is shown.