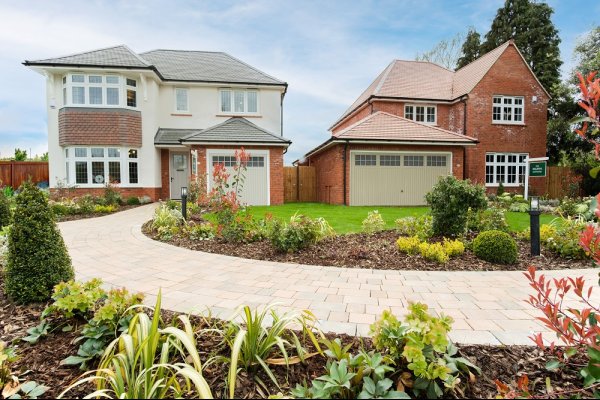 Three streets in Redrow South West’s new development, Glevum Green, have been named after a trio of key figures from the history of the nearby Gloucester Rugby Club.

The names Hudson, Nicholls and Wadley will be well known to long-term followers of the Cherry & Whites.
Hudson Close is named after Arthur Hudson, who was Club Captain between 1906-08, played nine times for England and as well as being the Secretary of Gloucester Rugby Club for 42 years. He founded the Hudsons Sports Shop in Northgate Street, which traded from 1908 until March 2019. Rugby talent also runs in the family with his son Gordon becoming a Club Captain and England international.

Nicholls Way is named after former hooker and inspirational captain Mike Nicholls, who led Gloucester to win the RFU Club Knockout Cup in 1972 before sadly passing away in 2012. Born and educated in Gloucester, Nicholls was a true local player.

Finally, Wadley Close is named after one of the club’s most respected officials, Doug Wadley. Wadley served as the club’s treasurer from 1963 until 1995 and became company secretary when the game turned professional in 1996. His father Fred Wadley also captained the Club in the 1930s.

The road names were agreed between Redrow Homes and Gloucester City Council, with former Council Leader Paul James, who served as a Kingsholm councillor and is a keen Gloucester Rugby fan, helping to come up with the names and liaising with the families.

John Hudson, relative of Arthur Hudson, said; “We are so grateful to see the city celebrate and pay tribute to these three incredible men who each played a significant part in the success of the club over many years. Naming these streets after them will ensure their legacy lives on.”

The roads can be found within Redrow’s newly launched development, Glevum Green, which is situated in Kingsholm, a short distance from the historic city centre of Gloucester. Its location offers prospective homeowners’ proximity to excellent shopping amenities and highly regarded local schools as well as good access to the road network.

Set on the site of the former Civil Service Sports Ground at Estcourt Road, the development has plenty to offer for any sporting enthusiast with a local golf club, the Oxstalls Sports Park and a tennis centre within walking distance, as well as being located near the Kingsholm Stadium.

With 100 homes in total, the site offers a range of house types including the 3-bedroom Ludlow and Oxford Lifestyle, as well as the 4-bedroom Cambridge and Shaftesbury homes which are part of their prized heritage collection.

Libby Bolton, sales manager at Redrow South West, said: “We are thrilled to have an important part of Gloucester’s history within our development. As the site is located right in the heart of Gloucester it is important for us to pay tribute to these key figures within the community and the role they played in the club.”

Glevum Green, Redrow’s newest development in the South West launched its show homes in December 2020 and has been welcoming potential house buyers to the development to view the houses that will be on offer.

Following specific government guidance that the property sector should continue to operate, Redrow’s ales centres in England remain open for scheduled visits by appointment throughout this period.