See all listings from Sudeley Castle 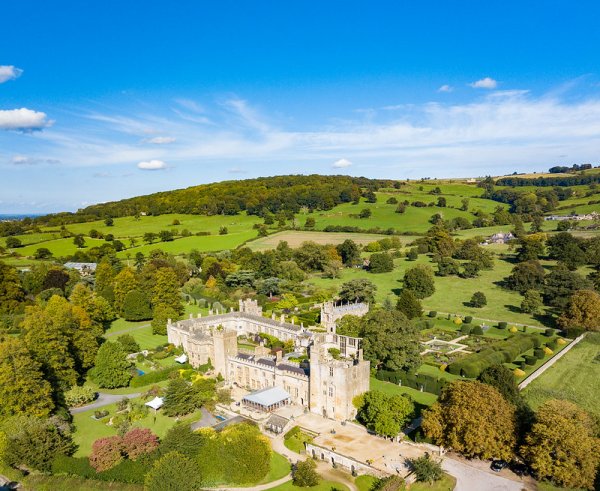 Archaeologists from DigVentures have returned to Sudeley Castle this October (19th – 31st 2021) to continue a search to uncover a Tudor banqueting house, remains of which were first identified within Sudeley’s grounds in 2019.

In Tudor times, Sudeley was one of the royals’ favourite castles. Filled with history, today it is one of the Cotswold’s most popular, and spectacular, visitor attractions, but there is still more history waiting to be unearthed in the castle grounds.

In 2019, during a two-week dig, DigVentures discovered walls, architectural stones and the remains of a large Tudor garden, along with artefacts such as pottery, cooking ware and butchered animal bones. Experts believe the site originally played host to a huge celebration for Elizabeth I, held on the anniversary of her victory of the Spanish Armada in 1592, but plans for further investigation in 2020 had to be postponed.

Lisa Westcott Wilkins from DigVentures commented: “We are absolutely delighted to be returning to Sudeley Castle to resume this important investigation. The remains of this banqueting house, which will be revealed for the first time in nearly 400 years, have the potential to tell us so much about an essential, but much less well understood, part of Tudor power and politics”

She continued: “Unearthing the remains of one of Elizabeth I’s biggest parties will obviously be exciting enough in itself, but it also gives us this huge opportunity to create one of the first archaeological footprints of one these sites. In turn, it could help us develop a much better picture of this ‘outdoor infrastructure’ that the Tudors developed, in which to conduct their politics and exert power”

The archaeological effort, led by DigVentures, has been supported by members of the public who have crowdfunded the dig in return for opportunities to join the team, as well as a series of live online events.

General Manager, Shane Samarawikrema, said: “This will be the most significant archaeological investigation to have taken place in the castle grounds since the discovery of Roman villas on the estate in Victorian times. It is thrilling that a long-forgotten piece of Tudor history will be made visible for the first time in nearly 400 years, and it goes to show that even when we think we know a place’s history, there are still plenty more stories to be uncovered.”

Visitors to the castle will be able to join a daily tour of the site. Opportunities to dig alongside the archaeologists as part of the excavation team are available, as well as ‘DigClub’ sessions for families with children and teenagers to try their hand at archaeology.

For more information about the dig and related events visit www.sudeleycastle.co.uk/events or www.digventures.com/calendar

See all listings from Sudeley Castle