John Shaw, from Ashleworth, will saddle up for his first and chief charity challenge as President of the Rotary Club of Newent and District in aid of Sue Ryder Leckhampton Court Hospice this month.


John, 69, will cycle 1225 miles from Land’s End to John O’Groats, over approximately 28 days, in a bid to raise vital funds for the hospice which he explains has touched the hearts of many people in the local Newent and District community that the Rotary Club serves.


John, a father of four and grandfather to four more also hopes to use his pedalling power to help spread the word of Sue Ryder and the expert care they provide to people living with life-limiting conditions. 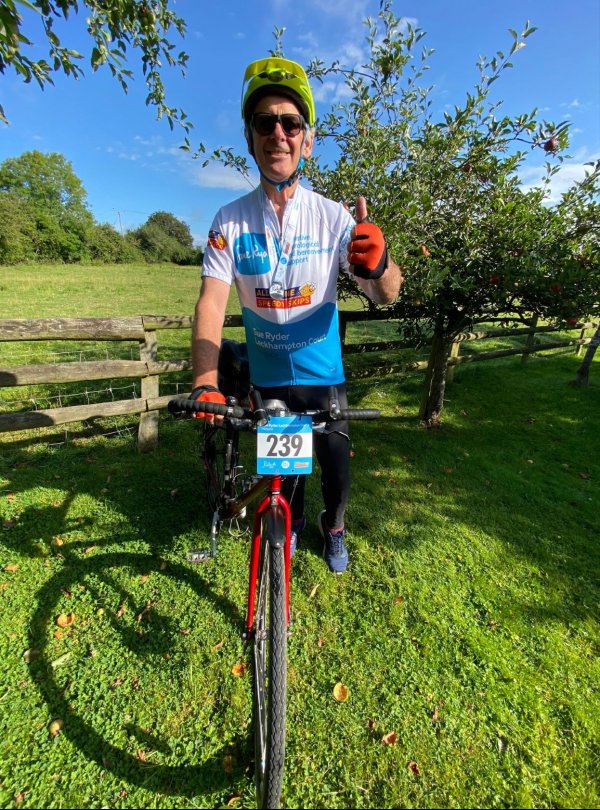 As a retired Chartered Surveyor, John is proficient in the finer details of project planning, and this mammoth project is no different with John mapping out a series of 14 legs for his Land’s End to John O’Groats, (LEJOG), cycling challenge, which starts on Thursday 25th August.

John who is also the President of Ashleworth Woodpeckers Cricket Club, has been a member of the Rotary Club of Newent and District for two and half years and took on his role as Club President on 1st July. He explains why he chose to support Sue Ryder Leckhampton Court Hospice in his presidential year:

“I first visited Sue Ryder Leckhampton Court Hospice back in 2009. I was a Chartered Surveyor at a Cheltenham-based firm at the time. A group of staff from the firm, including myself, helped with some Autumn gardening.

“After we finished our work in the garden, we were invited in to talk to some of the people being cared for at the hospice. That was a really moving experience and has always stayed with me.

“In 2016, I became aware of the Sue Ryder Leckhampton Court Hospice’s Ride for Ryder cycling challenge and I have taken part in a number of the annual rides, including virtually, when the Covid pandemic hit.

“I also signed up for this year’s event on 10th July, which was a great training ride ahead of my Land’s End to John O’Groats cycle. Being a participant of Ride for Ryder has given me insight into the incredible team at Sue Ryder and its fantastic supporters.

“It was a conversation with fellow Rotary Club member and a former Club President, Jeremy Chamberlayne, which ultimately cemented the idea of pushing my cycling further. Jeremy’s daughter-in-law, Pascale, was cared for by the team at Sue Ryder Leckhampton Court Hospice and he was very supportive of my bid to raise money for them. Their family’s story is a key inspiration for my ride.” 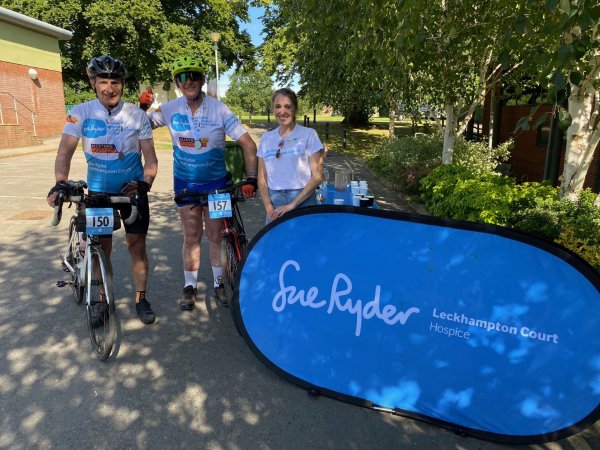 For the first leg of his challenge, John will set off on a 65-mile ride from Land’s End to the town of Fowey. Leg two will see him travel another 65 miles from Fowey to Crediton then on to Clevedon before travelling back through Ashleworth ahead of his next leg up to Worcester and northwards to Scotland.

“Jeremy is kindly hosting a Rotary Club BBQ Fundraiser in the Park at Maisemore Lakeside on Tuesday 6th September in aid of Sue Ryder, so I have to initially reach Maisemore from Land’s End for that,” John adds. “Another key event is being organised by the Ashleworth Woodpeckers Cricket Club. The team is hosting a Super 8’s Cricket Community Tournament and fundraising day on Sunday 4th September which I am also involved in.” John said.

John will be supported by his wife, Sally, who will drop him off at his next location and pick him up each day. “Sally will lead my team support while I am cycling. In the South West we have family and friends who are kindly hosting us in locations along the route. Going further north from 7th September onwards, I will be joined by friends and fellow Rotarians for stages until reaching Scotland when Sally rejoins me, probably around Edinburgh,” John added.

John is personally funding all of the costs associated with the ride, so that all donations will go straight to helping the hospice to be there when it really matters for families.

“We have some very athletic friends that have completed this LEJOG cycle and they have really inspired me. I love Tour Cycling and found the experience of cycling from Shropshire to my Grandfather’s war grave in The Somme in 2018 for Help for Heroes deeply moving.

“The landscape of the British Isles is incredibly varied and interesting and for me the best way of experiencing it is on my Tour Bike. I am genuinely hoping that rain will return soon but preferably at night,” John said. 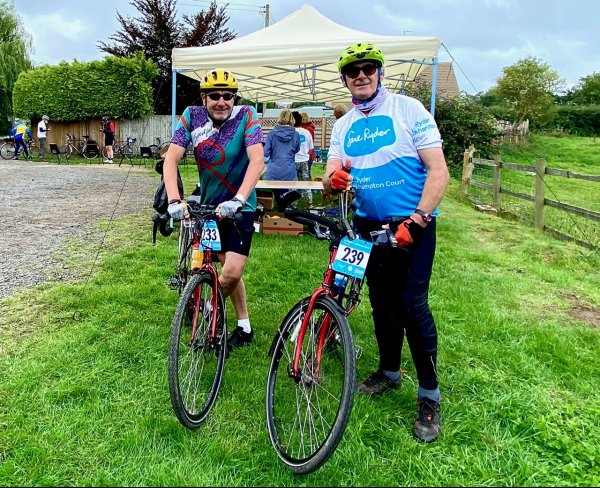 John aims to complete his mammoth cycling challenge in around 28 days, which he admits is longer than some LEJOG cyclists take. He wants to allow time to meet up with fellow Rotarians and help spread the word about the wonderful work that Sue Ryder does along his route.

“Raising the funds is paramount and raising the profile of what Sue Ryder does is very important too. I want to allow time to talk to people, including Rotary Clubs along the way. We have eleven Districts of Rotary along my cycle route. We have been in contact with them so that we can gain support and help spread the Sue Ryder message. I am very grateful for all of the support I am receiving,” he added.

The Rotary Club of Newent and District will be hosting a number of fundraising events throughout the President’s year until next June which will help boost John’s fundraising total for Sue Ryder Leckhampton Court Hospice.

More about the Rotary Club of Newent and District HERE