If you know one of those people who just loves to debate Brexit ad nauseum, don’t get them a copy of Robert Peston’s latest book, WTF; they’ll be ranting and raving long after the deals have been done and dusted and we’re on the road to a Europe-less future.
In a packed Times Forum on the first day of the festival, the outspoken broadcaster entertained a largely anti-Brexit audience with his opinions on the whole sorry mess and a passionate call to action, before it’s too late.
Not for him arguments for a second referendum, which he said would be dangerous as it would be viewed by many as undemocratic and could bring extremist groups out from the shadows.
“It would it all probability be another indecisive vote and, if this time it came out, for instance, as 51:49 in favour to remain, the leavers would think the government had failed them and take the view that parliamentary democracy does not work for them.”
However, he does not believe the government will allow a hard “chaotic” Brexit next year. “If that happened, they know it will mean lorries will be parked on the hard shoulder of the motorway all the way from Dover to the M25. No deal would be hideous.”
Peston admitted he, like many others, did not foresee the result of the referendum. “I did not predict Brexit and my book is an explanation of why millions of people did not vote how people like me expected.”
He said that people on low incomes with no job security voted to leave “because they were so angry that their incomes and lives had been stagnating for years”.
And he accused the BBC, who he used to work for before ITV, of being confused about impartiality during the build-up to the referendum and failing to listen enough to their viewers’ concerns about immigration.
He warned that we all had to be on our guard against malevolent campaigns via social media and called for organisations like Facebook and Google to take responsibility and action against such things.
Later, Peston, of Jewish origin himself and the son of a Labour life peer, stood up for Jeremy Corbyn, saying he did not believe he was anti-semitic, but added that he thought he was naïve and took too long to deal with the anti-semitic problem within his party.
He ended a passion-fuelled evening with a more light-hearted comment about his book. “It’s as cheap as chips and, looking at the menus in Cheltenham restaurants, I know this to be true.” 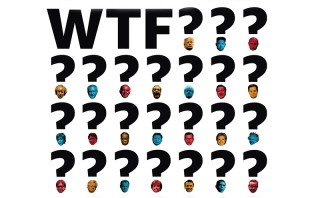