Cheltenham marks the 80th anniversary of the Battle of Britain 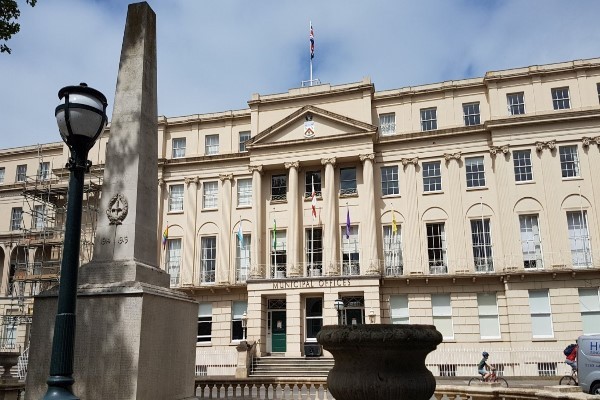 Cheltenham will be commemorating the 80th Anniversary of the Battle of Britain on 20 September 2020, remembering the day when RAF Fighter Command claimed victory over the German Luftwaffe in 1940.

To mark this anniversary, a short ceremony will be held at the War Memorial on Sunday 20 September, 11am. There will not be the usual church service and parade.

Mayor of Cheltenham, councillor Roger Whyborn said: “I am very proud to be able to honour this day in our nation’s history, and remember the sacrifice of many brave men and women, often known as ‘the few’ who stood between the nation maintaining freedom, or losing it to the forces of tyranny, and the many more who worked on everything from aircraft production to civil defence, to keep the nation going.”

Air Marshal Sir Dusty Miller, president of the Cheltenham Branch of the RAF Association, commented: “Eighty years ago our Nation faced its darkest hour.  Our pilots confronted a numerically superior and more experienced force, determined to destroy the RAF as a prelude to invasion.

“Even though much of Europe had already fallen, our pilots were courageously helped by those from 15 other countries who came to England; they were supported by the RAF ground crews; their efforts were directed by the people in the Sector Operations and Filter rooms; as well as the countless civilians who lived and toiled directly under the bombsights of the enemy, yet steadfastly refused to yield.

“Our freedom today is owed directly to their sacrifice.  We will remember them.”