See all listings from Vanessa Berridge

Take just a couple of steps off North Street in Winchcombe and you enter the beautiful walled garden of writer Vanessa Berridge, bursting with character and colour from a riot of flowers, plants and vegetables.

A rare chance to view this horticultural treasure trove comes on Sunday (July 1) when Vanessa opens her garden - and the walled vegetable garden beyond - to the public as part of the fund-raising National Garden Scheme (NGS).

The former editor of Country Homes and Interiors moved into The Gate, a 17th century former coaching inn, about three years ago and since then has made her mark on the small but perfectly-formed garden behind the street-facing house. 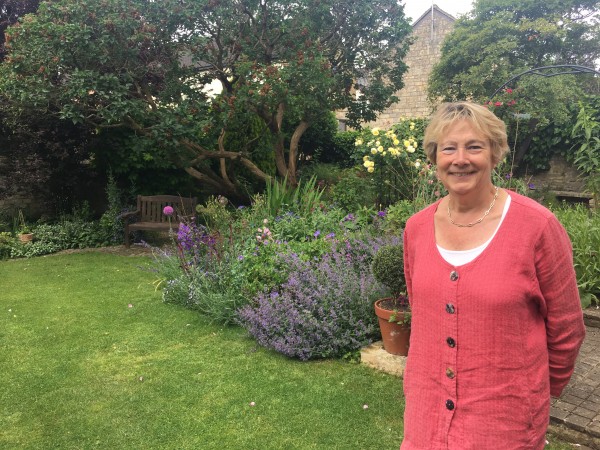 Now a freelance writer, focusing on gardening, garden history and food, Vanessa and her husband have dedicated much of their spare time to the garden, planting new beds and cultivating fruit and vegetables galore.

As well as her full-time writing career, Vanessa is also heavily involved in the NGS for Gloucestershire, formerly as publicity officer and, from this autumn, taking over as county organiser.

And this weekend she, along with another garden owner in the same street, will be opening her garden to visitors, as well as selling plants, in aid of the NGS charities.

“The main structure of the garden had been done by my predecessor, who was also a keen gardener, so we didn’t do a lot in the first year apart from maintaining it,” she explained. “There was quite a lot of hard landscaping, so we dug up one of the stone terraces and put another bed in, and we doubled two of the other beds.

“I attempt to have them colour-themed, so I have a dark red bed and one going into purples and pinks, while another is primarily purple and blue. I grow mainly perennials and we don’t have many shrubs because it’s not really a large enough garden, but we have quite a few roses and a lot of annuals that I use to fill in spaces.”

Tulips are a passion of hers and, in the spring, she grows between 500 and 600 of them which she sources from a visit to the Chelsea Flower Show.  “Then I pull all of them up and get new ones next year. It’s my extravagance,” she said. 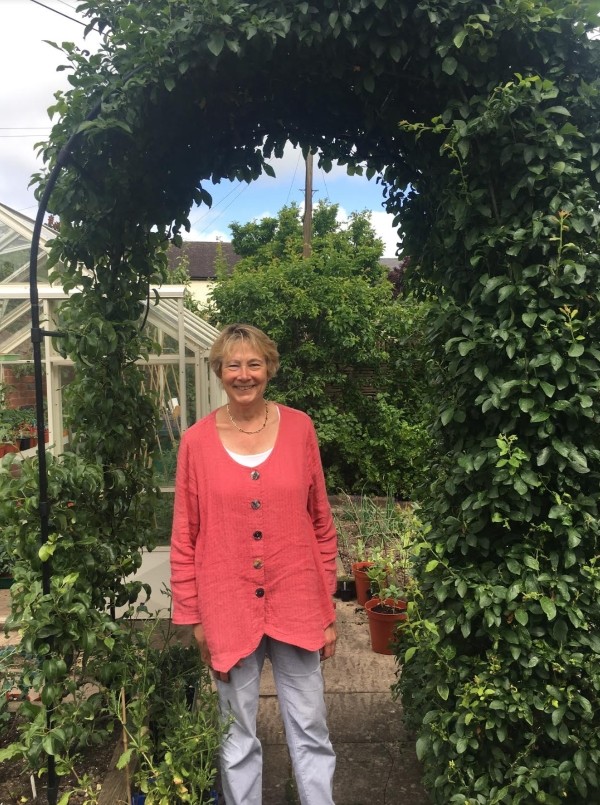 Vanessa’s passion for gardening grew slowly after the family moved to a larger house in London, where they lived previously. She worked on home interest magazines for many years, launching her own publication called The English Garden. But when she started her family, she became freelance and it was then she began writing about gardening.

“My father was a very keen gardener, but I wasn’t really interested as he used to give me awful jobs to do like weeding the path when I’d just painted my nails!

“I didn’t realise until I went to work for Country Homes and Interiors that there were fashions and different styles to gardens. I just thought you went out, weeded and mowed the lawn and sowed a few flowers.”

She wasn’t a stranger to Gloucestershire as her parents moved to the county 40 years ago, living first in Brockhampton and then moving to Winchcombe.

“We moved into The Gate three and a half years ago and it was the garden that sold us the house. It would’ve been the old stable yard, and the separate walled vegetable garden was the decider for us, as I wanted to get into growing my own veg.”

Vanessa’s first book, The Princess’s Garden, happened after a trip to the Isle of Bute in Scotland when she learned about the woman behind Kew Gardens in London. Princess Augusta had been the mother of George lll, and had founded Kew.

“I didn’t know anything about this and thought it was fascinating, so I started researching and it ended up being a decade-long project and the result was The Princess’s Garden, about the political background and founding of Kew Gardens.”

Stroud publishers, Amberley, then invited her to write a book about the history of British gardeners and Great British Gardeners came into being. It features such famous gardening names as Rosemary Verey, Capability Brown, Humphry Repton, Gertrude Jekyll and Vita Sackville-West.

“There are a couple of anniversaries this year – it’s 200 years since the death of Humphrey Repton and the centenary of Rosemary Verey’s birth. I visited some gardens and revisited others, but basically, it was a desk job and I used libraries for research, using primary and secondary research, to pull together a history of this country through 26 of our gardens.
“Each chapter can be read separately, so if you have it by your bed, you can pick it up and read one chapter, rather than a novel when you need to read the whole thing to know what’s going on. On the other hand, if you do read the whole thing from start to finish you will see that there’s a progressive narrative about how gardening changed and reacted to events; what gardens tell you about the period, what was happening then.” 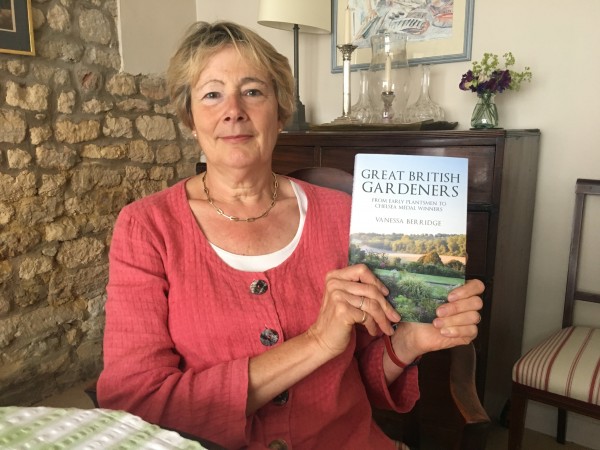 Vanessa is now writing a history of Kiftsgate Court Gardens near Hidcote, called Three Generations of Women Gardeners, which is due to be published next March.

Meanwhile, she will be helping to support the 150 gardens and gardeners who are part of the NGS in Gloucestershire, looking for new ones to open and ensuring standards are kept up in those that already do.

The Gate will be open from 2-6pm on Sunday, July 1, along with St Mary’s in Cowl Lane. Plants will be for sale at The Gate and teas at St Mary’s.

See all listings from Vanessa Berridge