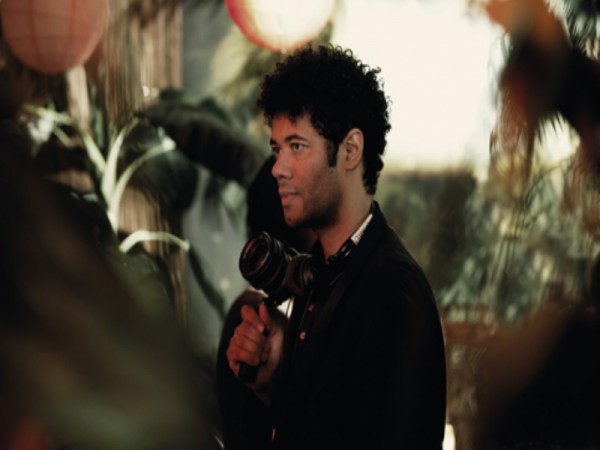 After Krishnan Guru-Murphy’s famously awkward interview with Richard Ayoade on Channel 4 News, we weren’t really sure what to expect when the comedian appeared on the festival’s opening night. Neither was interviewer Hugo Rifkind it appeared, as the journalist seemed a little non-plussed and unsure at various points during the evening. But maybe that was part of the act.


Ayoade was talking about his latest book, Ayoade On Top, a journey from Peckham to Paris by way of Nevada, as he argues for the canonisation as a cinematic masterpiece of View From the Top. It’s all tongue-in-cheek of course, as is the majority of what he says during interviews, revealing little about the real Richard Ayoade, and often turning the question back on to the interviewer themselves.


With his half smile, Ayoade gently pokes fun at everything in a way that is very similar to how his popular TV travel show Travelman is presented – and we love him for it. It is funny, irreverent and rather refreshing to sit back and listen to someone who doesn’t take himself too seriously and probably doesn’t think anyone else should either.
He is also very self-depreciating, saying when he went to Cambridge he imagined it would be very difficult to get into the Footlights, but as it turned out it was only him and fellow comedian John Olivier who were interested. Obviously not true, but his modesty among the often smug Oxbridge elite, is welcoming.


He doesn’t like being interviewed – this is plainly obvious – so he sends up the whole process much like he did with Guru-Murphy.
When asked what his project was going to be, he replied he did have something he was working on but much preferred being at home so didn’t really know when or if it would come about. “I do like directing, but I like seeing my wife and children more,” he said.
In fact, when the power in the Times Forum cut out near the end of the event, casting Ayoade and Rifkind into darkness, you can imagine he was probably quite relieved that he didn’t have to keep on talking.