REVIEW: AN AUDIENCE WITH HARRY REDNAPP 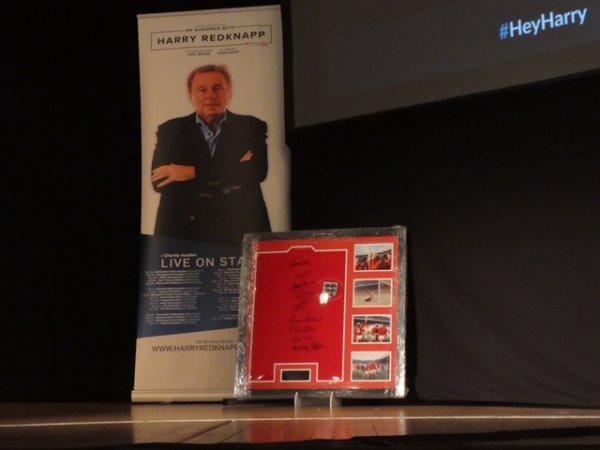 An Audience with Harry Redknapp at a sold-out Cheltenham Town Hall was a very enjoyable evening and raised a considerable amount for charity. The audience consisted of a majority of football fans, but a good number of “Celebrity” fans too. Both would have come away happy with the stories Harry told and the humour in them.

Throughout the evening, the questions were put to Harry by Noel - not his mate from the Jungle Noel Edmonds - but a funny and proficient interviewer Noel Brady. 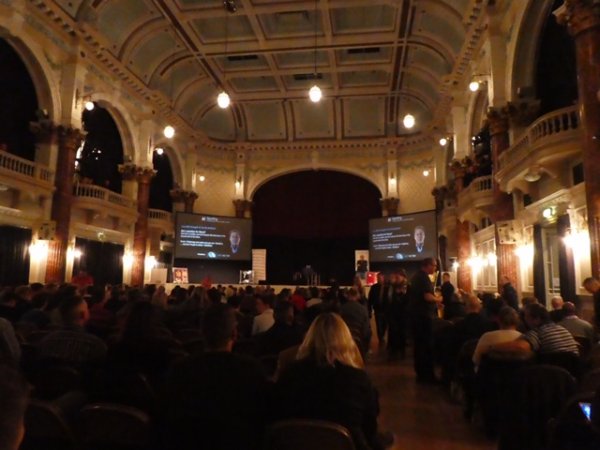 The conversation started with Harry talking about his love for racing and Cheltenham in particular and he did say that the last time he was in Cheltenham, he had dinner in the 131 The Promenade, where the food was “out of this world!”

The conversation progressed to cover the number of horses Harry currently has a share in (possibly more than his wife Sandra thinks he has!), filming Harry’s Heroes (look out for stories about Razor Ruddock and Vinny Jones) and then progresses to the early days of Harry’s management career. Portsmouth’s promotion and how Paul Merson was involved in that was discussed, as well as Yakubu, Peter Crouch and Harry’s move to Southampton. There was also a very funny story about Harry not getting the England manager’s job, which would be much better told by Harry than recounted here! 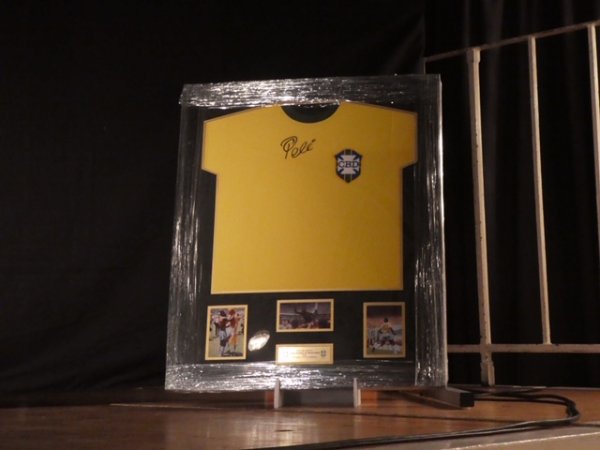 During the interval over £2,000 was raised for an array of charities in an auction for signed, framed football shirts from Pele, Messi, Ronaldo and a 40th Anniversary England 1966 shirt signed by the 9 surviving players. So far this year, the Harry Rednapp and Geoff Hurst talking tours have raised over £300,000 for a long list of charities. As well as the shirts, there was an array of other signed memorabilia on sale in the foyer. Judging by the enthusiasm of people to purchase these items, these items will have added significantly to the charity total for the night. Everything in the charity auction is donated by Terry Baker and his wife, who run A1 Sporting Speakers & Guests Ltd. They are hoping to raise the admirable amount of £500,000 for the charities by the end of the tours in 2020. 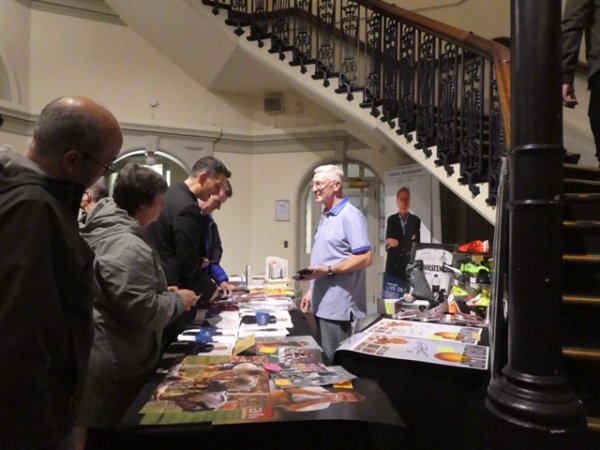 The second half started with Harry talking about his early days in football and telling some interesting and hilarious stories about being a player in the 1960s, when no substitutes were allowed! And, of course, Harry played with 1966 World Cup winners Geoff Hurst, Bobby Moore and Martin Peters at West Ham, so more stories ensued.

Questions asked by the audience on Twitter lead to more of an insight into managing at West Ham and then Tottenham Hotspur, followed by stories about Sven Goran Erikson and Lee Topliss.

Then to finish, the audience were treated to footage from “I’m a Celebrity, Get Me Out of Here!” and some more hilarious tales, including lots of love for Nick Knowles, who was in the audience himself! Harry really had never seen a minute of the show before he went into the jungle. Can you imagine what he thought when he realised what he really was doing??!

Harry Redknapp is a fantastic raconteur and has a relaxed, interesting and funny way of telling stories, many of which were a real insight into football over the years. So football fans would definitely get a lot from his show. That said, because the photos and videos were used on the big screens, those who went because they enjoyed Harry in the Jungle will also come away having enjoyed a hilarious and entertaining evening. What a great guy!

Catch An Audience with Harry Redknapp at various locations around the UK here. 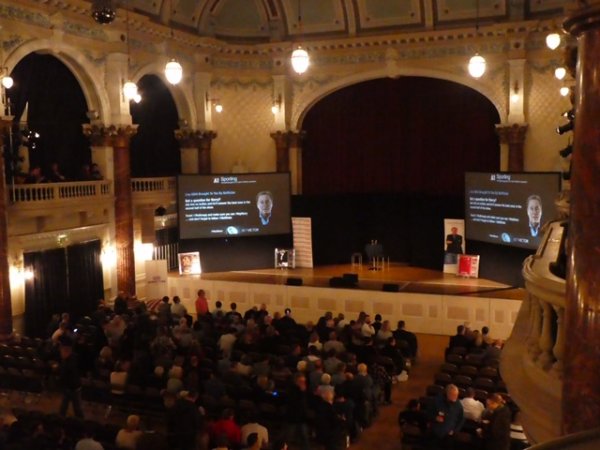 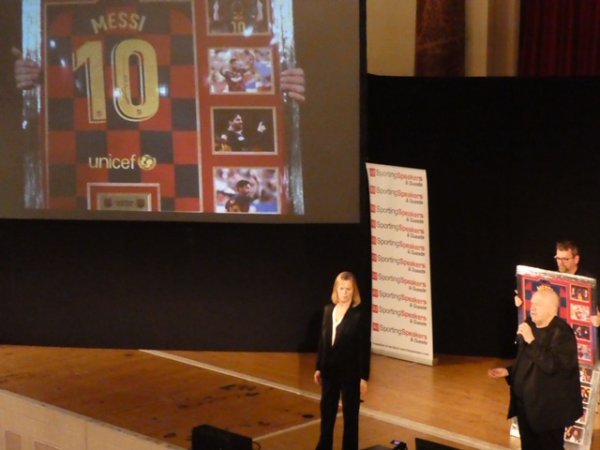