The Flint Street Nativity, written by Tim Firth, directed by Dave Wheeler and performed by Playhouse Company at Cheltenham Playhouse on 14th November 2019

Some might say it’s too early to be thinking about Christmas – but not for Playhouse Company as they set off on their two-week run of Tim Firth’s The Flint Street Nativity!

This “festive comedy about kids – for adults” centres around the visual and aural cacophony that is a class of seven-year-old children - played by adults - preparing to perform the Nativity play for their parents. This performance truly encapsulated the spirit of that annual school event which many of us remember so (or not so) fondly, and thus made for a great evening’s entertainment!

With my only prior experience of adults playing children being Dennis Potter’s televised play Blue Remembered Hills, I was intrigued to see how the cast would take to their roles. Director Dave Wheeler evidently worked well with the cast to create an ensemble that brought to life a convincing primary school classroom atmosphere, and the cast gave some individually strong performances. Anna Lambert as the scheming Angel Gabriel was especially believable and engaging from start to finish, whilst Harriet Tarpy’s (Shepherd) comedic timing and delivery received much deserved laughter. Sarah Bottomley equally commanded the stage with her suitably swotty and stroppy Mary. Mary Peterson brought a wonderful sweetness and likeability to her role as Wise Gold, as Charlotte Wilson’s (Angel) versatile facial expressions lit up the stage as brightly as her LED-strung wings! Andy Willcocks brought refreshing energy and on-point childish fidgeting to the stage as Joseph/King Herod, and Richard Williams gave a loveably geeky performance as the Star of Bethlehem. Neil Webber’s Innkeeper balanced the comedic and the sympathetic brilliantly, as did Daniel Storey’s Donkey, while Jamie Kitson’s Narrator and Simon Byrne’s Wise Frankincense tugged hard at the heartstrings in the play’s sadder moments. Without giving too much away, all the performers really brought their skill and versatility home as they assumed the roles of the parents at the end of the play. Admirably, all the actors kept performing even when not speaking (not an easy feat in especially long moments on stage without a line), meaning that wherever the eye wandered about the stage, there was never a dull moment. The play also includes a lot of songs, and (despite
some difficulties in keeping time with the music), these were also performed in an enjoyable and entertaining fashion.

The set and costumes were as delightful as the acting; the set was suitably designed to replicate a classroom, and some clever use of the set divided different areas of the school particularly well. The costumes were equally as reminiscent of primary school Nativity plays and filled out the barer parts of the stage well. Some clever use of lighting and sound to represent Mizzis Horrocks' (the children’s
teacher) telling-offs was well-received, and though there were some evident difficulties with lighting states and scene changes at times, these were handled well by the performers, and will no doubt become slicker throughout the show’s run.

Overall, Playhouse Company’s production of The Flint Street Nativity is a must-see for those looking for a Christmassy night out in anticipation of (or impatience for) the big day! The show will run at the Cheltenham Playhouse from Thursday 14th November to Saturday 16th November, and then for a second week from Tuesday 19th to Saturday 23rd November. 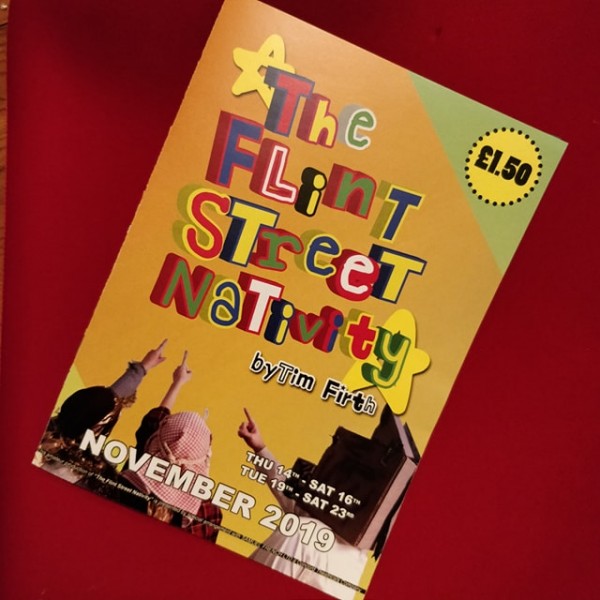 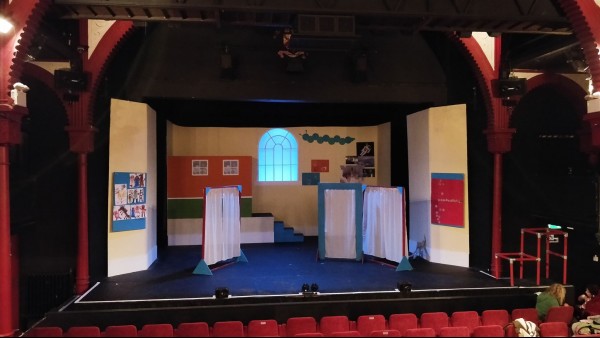