Last night the groundbreaking drama Band of Gold, which used to captivate over 15 million viewers on our screens every week, smoked its way on to the stage of The Everyman Theatre Cheltenham in a bold premiere stage adaptation.

Band of Gold thought provokingly explores the themes of debt, mental health, domestic abuse and poverty in the shocking yet compelling story of a group of women - Carol, Rose, Anita and Gina - as they battle to survive whilst working in Bradford’s notorious red-light district. When one of their ladies is murdered, the killer needs to be found before he strikes again. Cue Shane Ward as the rather understated Inspector Newal, an intriguing investigation and a final sickening twist.

This isn’t just a Band of Gold, this is Theatre Gold with strong performances all round, no holds barred and as requested by the streetworkers who she spent time with when researching, Kay Mellor tells it very much ‘like it is.’ Rough and ready, this is a reflection of the grim reality of life on The Lane and the steely grit and determination of those who work it because ‘It’s survival.’ In the dusky backset of The Hustlers Arms, the powerlessness of the women who are driven to such lengths to make ends meet and make a better life for themselves is as real then as it is now. Times may have changed but there’s still a long way to go. Kieron Richardson’s portrayal of Gina’s bitter ex husband Steve in his drunken rage was particularly striking and will no doubt hit home to many.

Band of Gold is running at the Everyman Theatre until Saturday 7th March 2020. It’s hard-hitting Northern realism but at the heart of the tale, there’s strength, resilience and the power of sticking together in the darkest of times in whatever way you can with a laugh or two to boot. Too strong maybe for some but lose that grit and the message is lost. 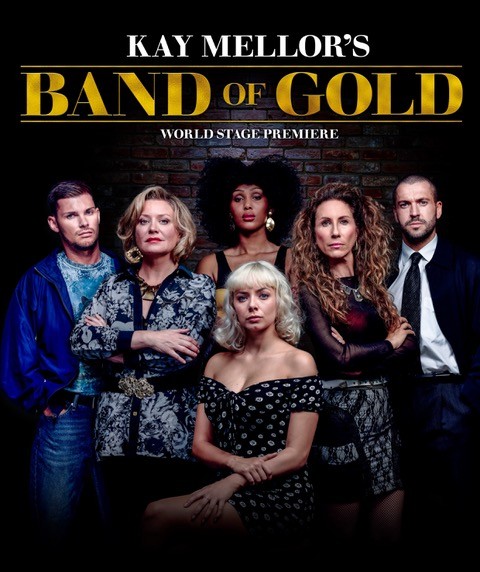