Let's rock! When the North came to the South.

With it being great weather in Devon it was the perfect day to have a fun filled, live music family event.  On Sunday 30th June, Powderham Castle in Exeter were hosts of the all day mini-music festival, the Sunday Sessions. 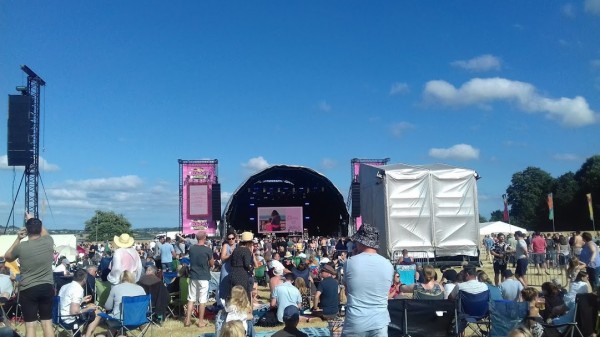 The event had lots to offer for children all themed around a circus with gigantic bouncy balls, swinging rope and inflatable games, there was also face painting, henna and glitter to keep children entertained for hours. Not only was there all of that for them to enjoy, fun fair rides were also part of the fun. 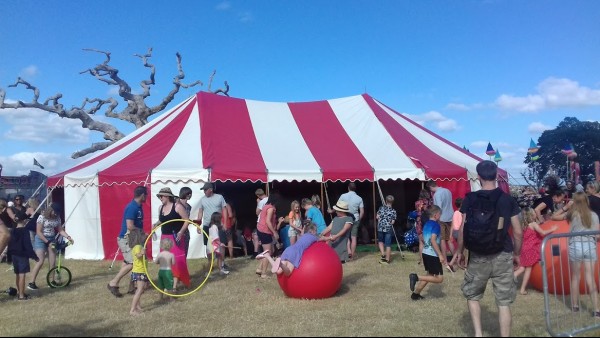 There was a huge selection of international food with Chinese, Indian, noodles and burgers as well as drink from slushies to mega milkshakes and lots of alcohol on supply throughout the bars.

In the VIP part of the site, a seating area with sofa chairs was available for people to relax and only available in this bar, there were cocktails. And of course, not forgetting the posh loos!

Three of the first performing bands were originally from the North of the country. They were the Charlatans, Reverend and the Makers and The Blinders, with local Exeter group The Loft Club taking to the stage throughout the day to rock the southwest. 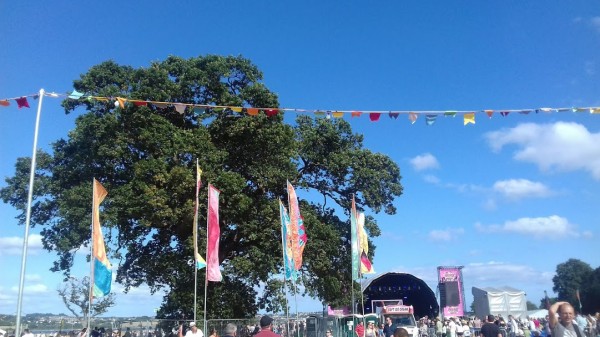 Opening the show was The Loft Club, whose songs had a colourful, upbeat display. Their 60’s feel with the indie vibe made them really easy to listen to. The songs showcased the talent of the six piece band who were excited to watch so it will be great to see where they will go.

The Blinders entered on stage as the trio created an intense sound with a loud and punkadelic style of music. They got the crowd jumping and raving to the rocky beats as the sunshine continued to brighten the stage into the early evening. 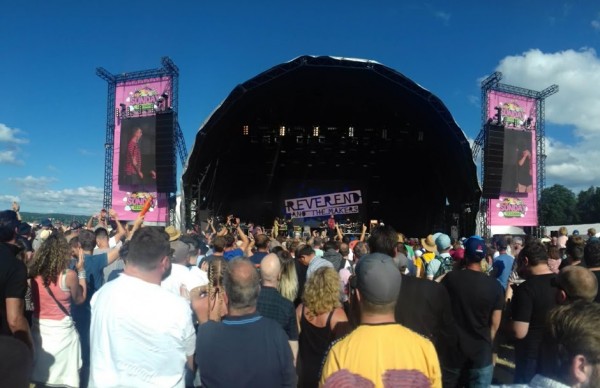 There were some sound problems which affected the quality heard from previous bands but particularly Reverend and The Makers set who briefly left the stage due to the audience struggling to hear them. Lead singer Jon McClure said: “This PA system is like Lewis Hamilton driving a Ford Fiesta and he wasn't wrong. Despite the technical issues, they came back on stage full of energy and the crowd were singing along. 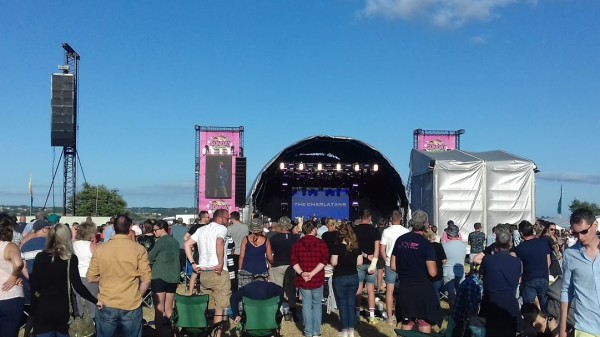 The Charlatans were vibrant with their performance, with them bringing back a 90’s vibe with their style and dance moves. As they played a mix of old and new songs as front performer, Tim Burgess embraced the quirkiness of a techno sound that got a great response from the audience.

The headline act, Noel Gallager’s High Flying Birds (also from the North) who hadn’t performed in Exeter for nearly 20 years, came on and really hit the mark! He started with some newer songs going onto cover some classic Oasis songs like 'Little by Little' and 'Wonderwall', with the crowd belting out every lyric. 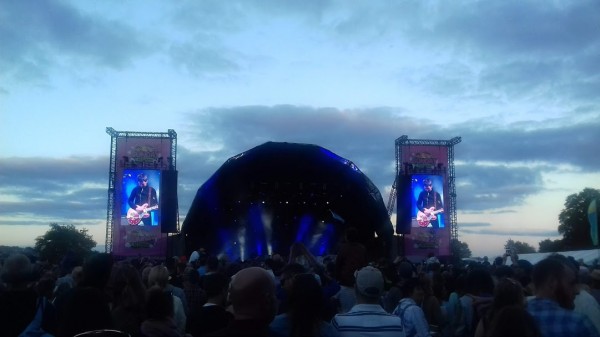 Being a man of few words, Noel didn't interact much with the audience, but he made up for it with a jam packed set. He followed his performance with a three song encore, finishing with a cover of the Beatles 'All you need is love’ with the crowd enthusiastically joining in.

The Sunday Sessions was a fun packed day with a variety of music to absorb. Even though the lineup wasn't very well known, it gave people the chance to appreciate some new rock music as well as enjoy the classics. With so many great things to come from all the bands who played, it was definitely an entertaining Sunday Sessions.